There’s a moment that happens sometimes.
When I reach the end of a film, a story, a book.

Sometimes it’s after a conversation or looking at a painting, but not often.

Sometimes it’s at the end of a song.

In this moment, there’s a feeling. I’m not happy, I’m not sad.
I feel the weight of what I just read / watched / heard.

It’s a little hollow and it always makes me pause. It makes me want to shout out “GO SEE THIS”.

And I just realised the word for it. It’s awe.

It hits like a lightening bolt from the tip of my head to my heels and it stops time for a moment, leaving only the environmental sounds around me and a space in my brain where there is no thought happening. (And I never stop thinking).

“Awesome” is a devalued word, but in there moments, I truly get a taste of what “awe-some” really means. A thing that creates awe in those who experience.
Or at least in me.

The first time I really noticed this sensation enogh to wonder about it was at the end of a not-very-well-known film called “Scenes of a Sexual Nature”. Just caught it on TV, watched it.
And it’s not the most well written film, nor is it the best acted or shot thing ever, but there’s something in its essence that made me stop.

There have been many other times down the years, and sometimes there’s an accompanying sensation; a nod of the head, as if to say “this thing is now complete”. A small smile. “this thing was satisfying”.

Virus Comix frequently cause this awe in me, and what prompted me to write this was this comic that you can read here at the end of which, I was in awe. 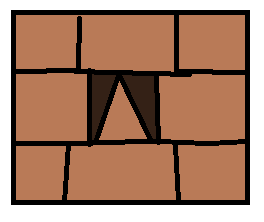