Gosh, has it been that long since my last post? I finished my degree and graduated with a 2:1 BA (Hons) in Broadcast Production. I even got photos, which I may eventually procure digital copies of and post somewhere.

I’ve just updated the site to add a portfolio page (there’s a link in the top menu bar). It’s currently a scrappy work in progress, but hopefully I’ll fill it out more and make it prettier with time.

So, in leiu of anything else to say, I’ll promote a couple of things that have come up recently.

First, an old friend has published a role-playing game (I know, awesome, right?) called Troika Moira which you can find here.

Secondly, I did a bunch of interview-type-things with my uncle for his new album, Scottish Working Man. It’s pretty good. You can find the interviews and his site here. 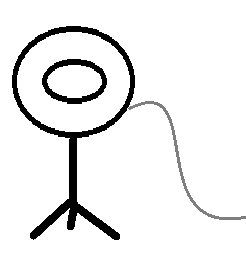 It’s… a picture of my microphone. Because I used it to interview Campbell and I couldn’t think of anything else relevant.