Today, for some random reason, I decided to watch 21 Jump Street

Things I know going in:

The opening scenes of this film did nothing for me. It wasn’t funny, or particularly interesting. I liked Eminem when I was in school, but I never saw a kid obsessed enough to do the whole Slim Shady bit he does here. 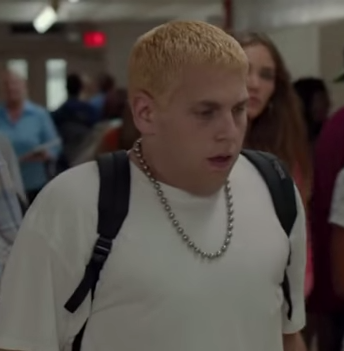 Lots of cliche Nerd vs Jock stuff. Then I realised those guys were in High School after I left, and so I went down a road of holy shit I’m old.
Ahem.
There’s broad slapstick, some innuendo, and some generally dirty “humour”, but nothing genuinely funny, and then the two police go into their supervisor’s office.

And I realised it was an actual, genuine parody. I even laughed once. Maybe this wasn’t going to be so bad after all! The humour reminds me of a lower-key Scary Movie;  a less subtle Not Another Teen Movie – those were both… movies I watched. And occasionally laughed at.

Things that will happen in my own personal hell:
Endless montage on a big screen on the most cringeable comments to happen to any character in any film I’ve seen.
Because I have never seen any of those moments before I cannot watch. Or I cannot listen. One or the other.
And so, it is with deepest regret, Movie, that I must split up with you around the 25 minute mark until you stop being a complete feminine hygiene product. Just… stop, movie.

This film is so bland I have nothing to write. Once every five or so minutes I laugh, around the same amount of time I roll my eyes. The rest of the time I just… watch. Passively.

There’s a moral here about how fast time moves and how each generation has different standards to the last, but it’s a little undercut by the fact that these guys were in high school AFTER I LEFT. Oh, and like, seven years before this film came out. There’s a role reversal, and one that’s increasingly relevant. Once, the geeks were picked on in high school for being weird, and increasingly the tables in the adult world have changed. Geeks can be sexy now, and we’re smart, good with computers and robots and explosions and stuff. But that’s not true. Every group of people has cool people and asses, smart, funny people, not-smart, funny people, smart serious people and dumb serious people. 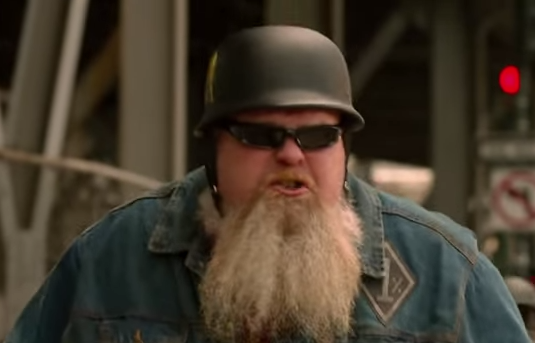 ENTERING TRAIN OF THOUGHT MODE:
There’s a big chase scene and they bust a cannister of nitrous oxide or something and it fails to explode, and they notice. Same thing happens again shortly after and it’s with a petrol cannister. Third time, chicken lorry, and it does explode. That, right there, is actually funny.
Bored, bored, bored, bored….

JESUS FUCKING CHRIST IS THAT….

Shit spoilers, but like, woah.
I really, really wish one amazing revelation in a mediocre film could make a film great. Occasionally it happens that the characters we’ve been following in a film shouldn’t have been the protagonists. I kinda love that trope, and it is well used here, momentarily.

Huh, there’s a brick joke. This movie…. doesn’t suck from like the 1h 20m mark onwards.
Two brick jokes! I… it’s like the radio is reversed, suddenly there’s quite a lot of good with some moments of dull and suck.

Does a good 25 minutes make up for a bad hour and twenty minutes? I don’t think that it does, but it was a very good last twenty minutes.

So, marks out of ten? If you’d asked me at the hour mark, I’d have told you it was a solid four. Inoffensive but not worth paying money to see.
Now? It’s a good 6.5. It’s worth roughly 48p of your money. 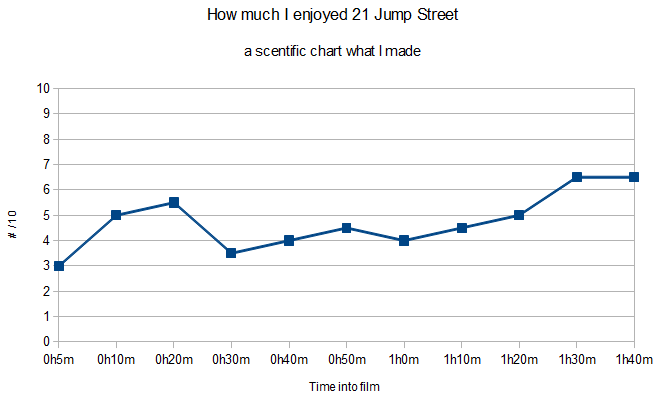 Watch it if it’s on any streaming services, or on TV, or your buddy has a copy. Otherwise, nah.